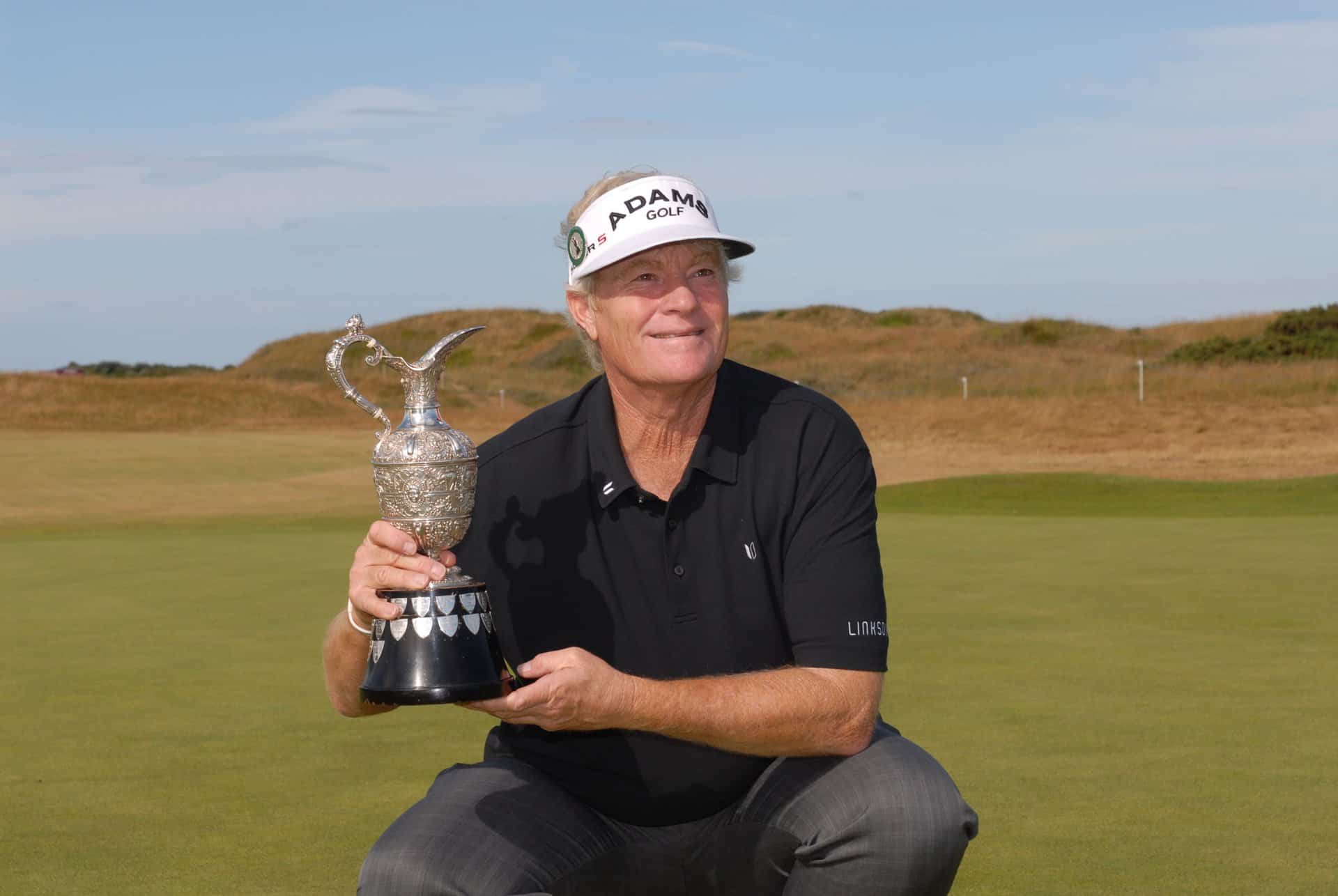 The Senior Open Championship was held at the Club for the first time. Two of the Open Championship winners at Royal Birkdale in, Mark O’Meara and Tom Watson, arrived at one of their favourite links courses with high hopes of success.

After three rounds, Sandy Lyle led the home charge. Bernhard Langer, David Frost, Corey Pavin and Peter Senior led the overseas players, along with the little-known American Mark Wiebe, who started the final round four shots behind Langer. After a superb 66, Wiebe joined Langer at the top of the leaderboard, and a playoff was required.

The first four playoff holes had been halved in par-par-bogey-par. The first two holes of the sudden-death contest were played on Sunday evening before darkness forced the playoff to continue on Monday morning. Eventually, Mark Wiebe was victorious at the fifth trip down the par 4 18th, two putting as Langer failed to get up and down from the greenside bunker.