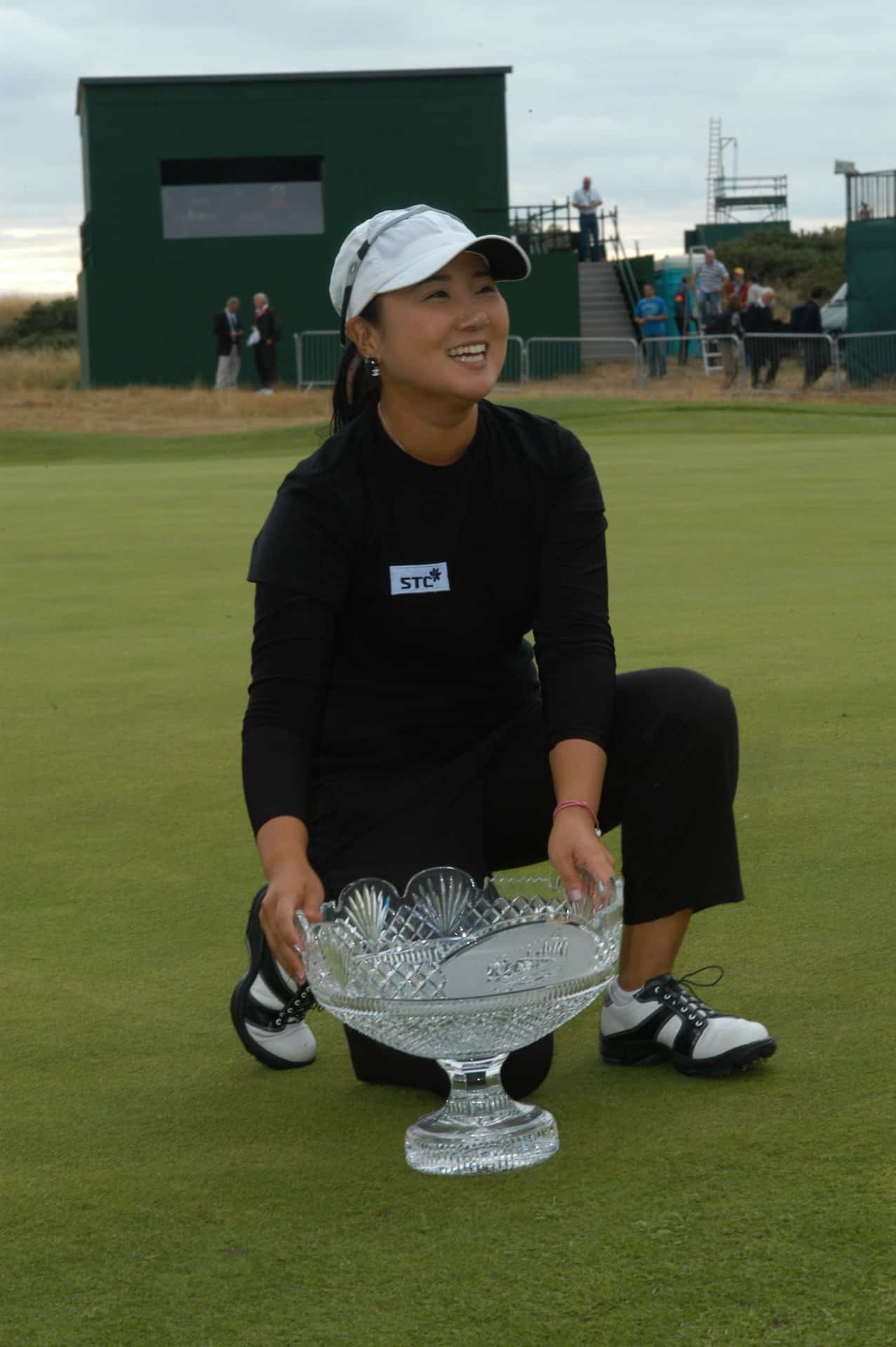 This was the fourth time Royal Birkdale had provided the venue for this, the most important women’s golf event on British soil, and now one of golf’s Major Championships.

Despite the World’s top players, including the great Annika Sorenstam, in opposition, the diminutive Korean Jeong Jang became the unexpected but wholly deservedly winner, triumphing by four shots.

In the bitterly cold rain-lashed conditions of the first day, Jang’s brilliant round of 68 gave her a lead that she was never to relinquish. Rounds of 66 and 69 further stretched her advantage to five shots with one round to play.

Some felt that being partnered with Sorenstam might impose too much pressure for the relatively inexperienced 24-year-old, Jang, to withstand. Nothing could have been further from the truth. The Korean showed no flicker of anxiety, regularly driving over 250 yards despite her modest stature. Moreover, playing with an engaging smile, Jang seemed to positively enjoy and thrive on the occasion.

Her closing 69 and 16 under par total of 272 over a course measuring 6,480 yards was truly remarkable, leaving long-hitting Sophie Gustafson, who had won this event at Royal Birkdale in 2000, trailing in her wake in second place. Fellow Korean, Young Kim, and the phenomenal 15-year-old amateur, Michelle Wie, finished two strokes further back.