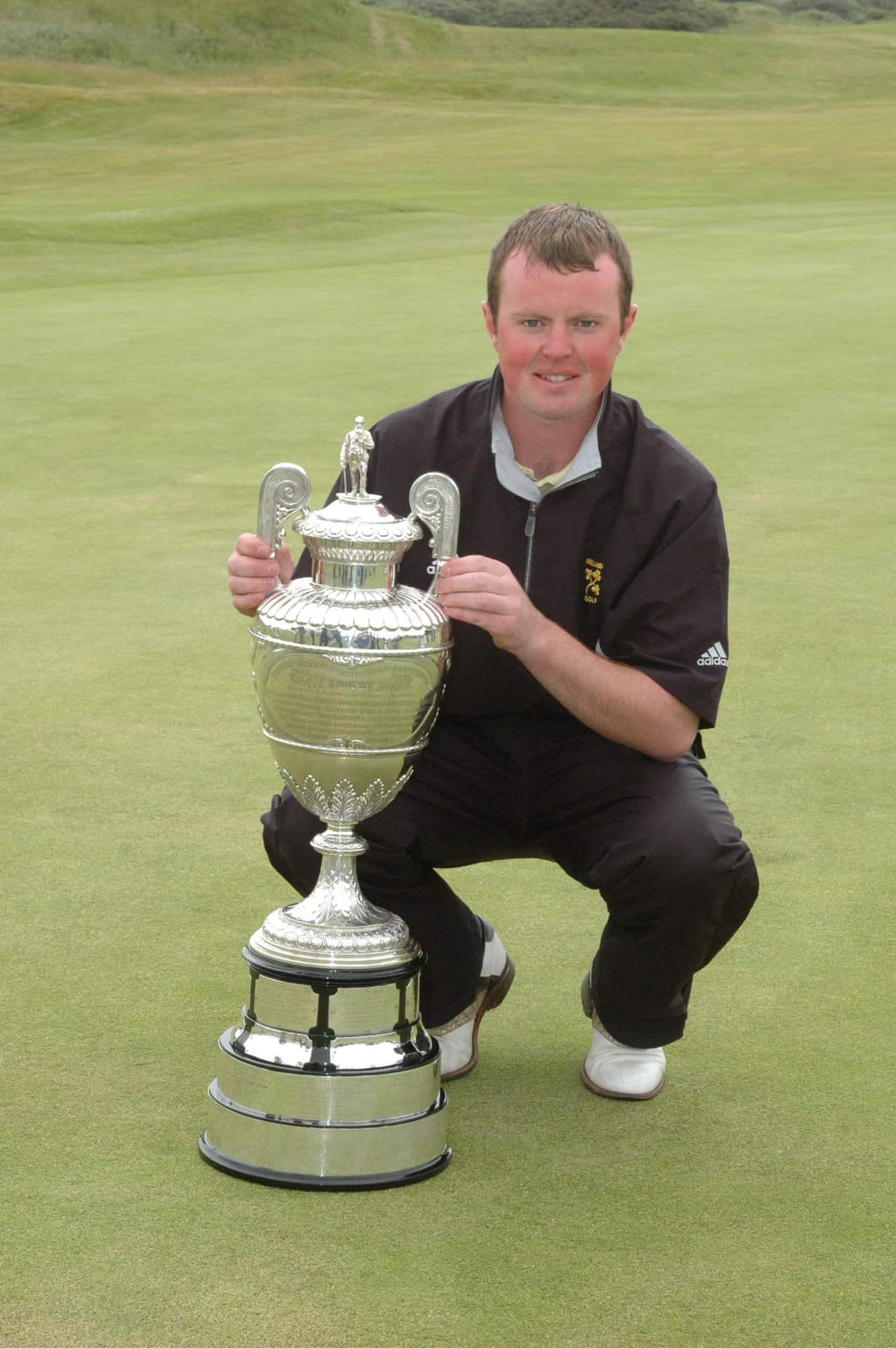 The third staging of the Amateur Championship at Royal Birkdale saw Brian McElhinney follow in the footsteps of fellow Irishman James Bruen in 1946 in claiming the prestigious trophy, which was first contended in 1885.

The semi-final lineup provided the opportunity for the gifted Essex prodigy, Oliver Fisher, to become, at age 16, the youngest finalist in the championship’s history and for Scotland’s Lloyd Saltman to add to the impressive list of titles he had already claimed that season. However, expectations were confounded with the dogged McElhinney, despite being significantly outhit by Fisher, producing an admirably steady round of 70 in beating the English youngster on the last green. Even more of an upset occurred in the other semi-final, with the relatively unknown John Gallagher winning one up.

The stormy conditions which greeted the golfers for the final must have seemed like a home from home to McElhinney, who had learned his game at the North West Club on Donegal’s wild and windy coast. His steadiness and low-flighted shots proved too much for Gallagher, the eventual margin being 5&4.