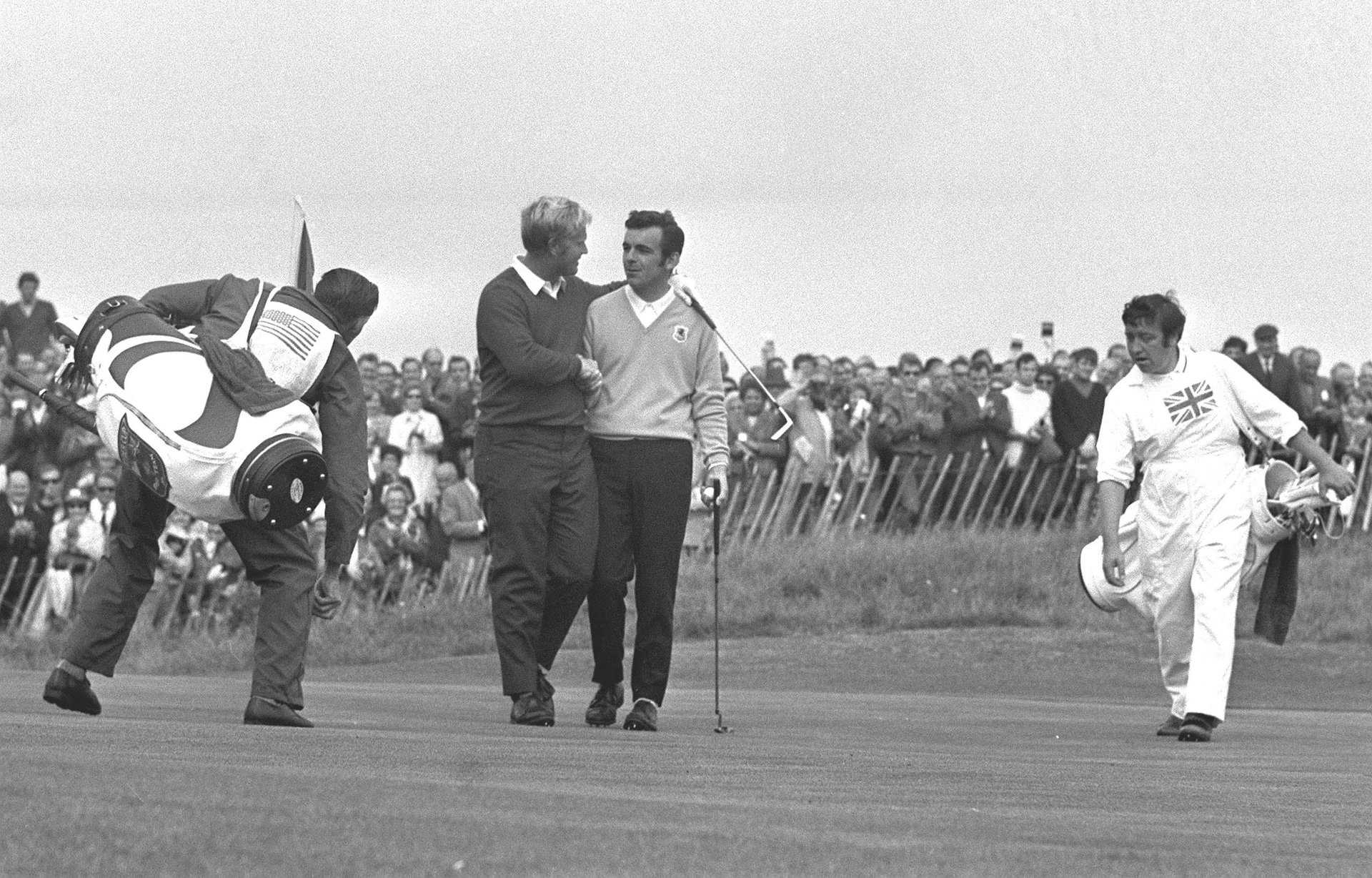 The Ryder Cup Match played at Royal Birkdale in September 1969 was initially marred by considerable acrimony and unsportsmanlike behaviour by players on both sides. During one of the fourballs on the second day, both captains had to come out and calm down the warring players. Little did they know, the match would always be remembered as one of the finest sporting gestures ever to be seen.

For the quality of performance and sustained excitement over three days and thirty two games, during which the pendulum swung back and forth, first in favour of one team and then the other, it must undoubtedly rank as one of the greatest Ryder Cup matches ever. On the final day at the 17th, Tony Jacklin scored a majestic eagle three to square his match with Nicklaus, which set up a thrilling last hole.

Both players left themselves with tricky putts on the final green, and after holing his final putt for par, Nicklaus picked up Jacklin’s ball marker and told him, “I don’t think you would have missed it, but I wasn’t going to give you the chance, either.” This meant the match was halved for the first time. Playing in his first Ryder Cup at age 29, Nicklaus’ gesture of supreme sportsmanship, became known as “the concession.”