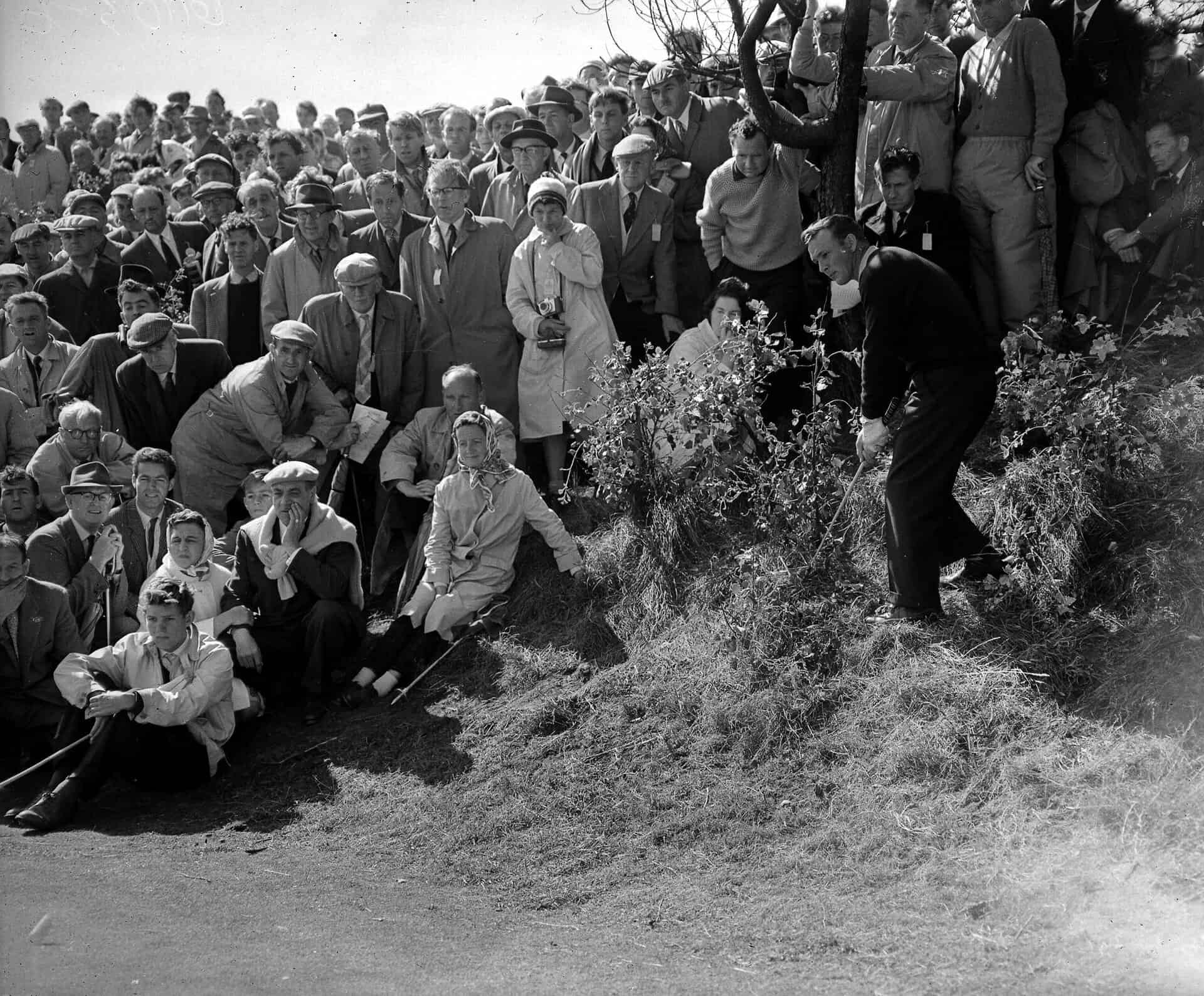 In came Arnold Palmer, and with him, undoubtedly the renaissance of the Championship as a truly international event. Few will argue that the stature of the modern Open had its roots in the charisma and media exposure, two decades and more ego, of the trio they called the Big Three – Palmer, Player and Nicklaus.

It was an Open plagued by appalling weather. A fierce mixture of gales and storms led to the cancellation of Friday’s last two rounds and an unprecedented announcement by the R&A, that the Championship must end on Saturday whether four rounds had been completed or not.

In the end, Palmer prevailed by a single shot from, you guessed it, Dai Rees. His shot on the then 15th hole, now 16th, from a bush to make par during the final round was so impressive a plaque was erected to commemorate this memorable and, ultimately, championship-winning shot.