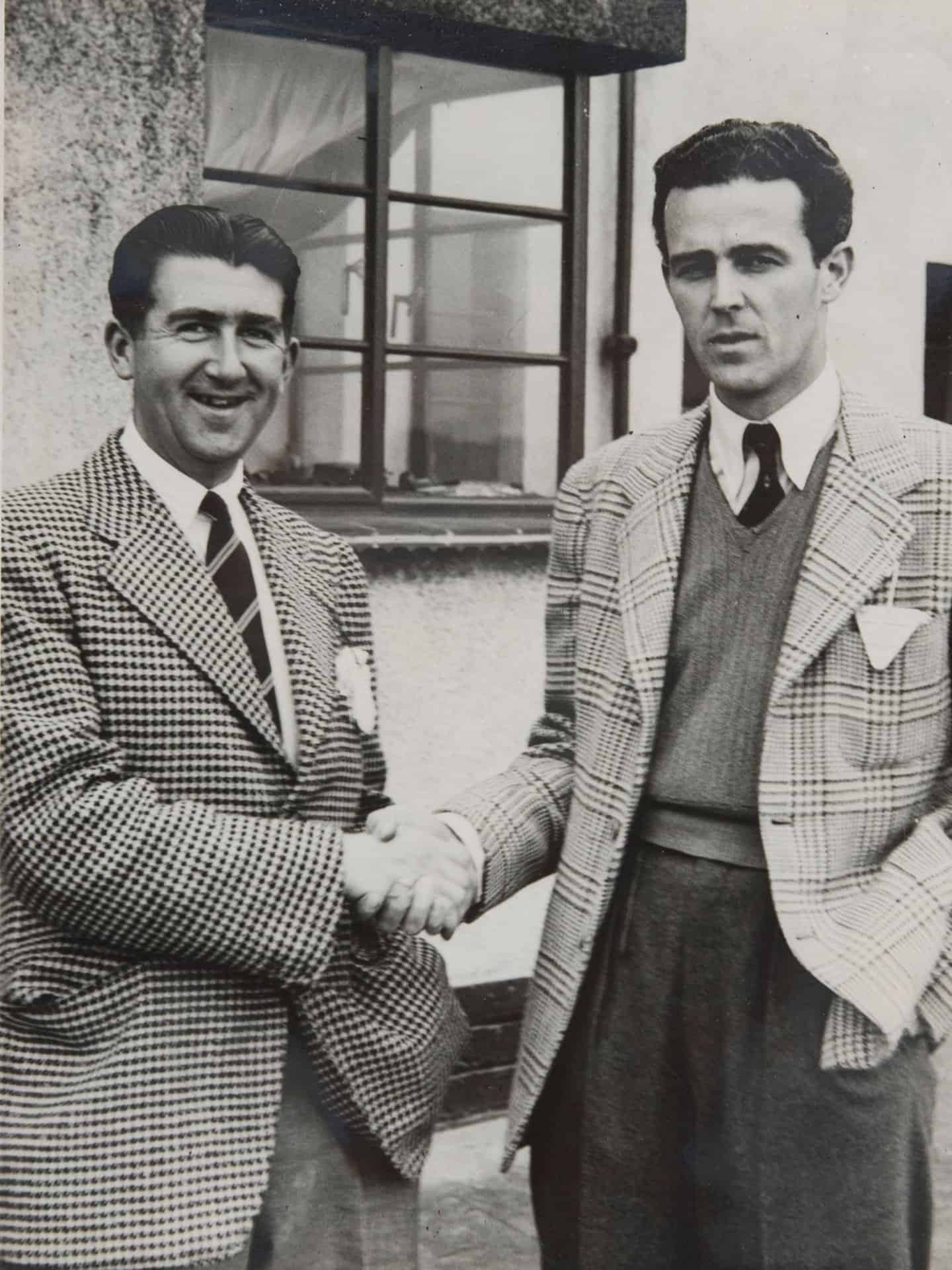 The first post-war championship was played at Birkdale during May 1946. In the final contested between James Bruen and Robert Sweeny they had to endure mixed weather, blustery wind in the morning and heavy rain in the afternoon. The power of Bruen allied with some decisive putting saw him win through with a margin of 4&3. The Club received widespread praise after the Championship, not least for the fact that Scotch Whisky, which was at the time in very short supply, was available for sale to visitors, as well as members in the Clubhouse.