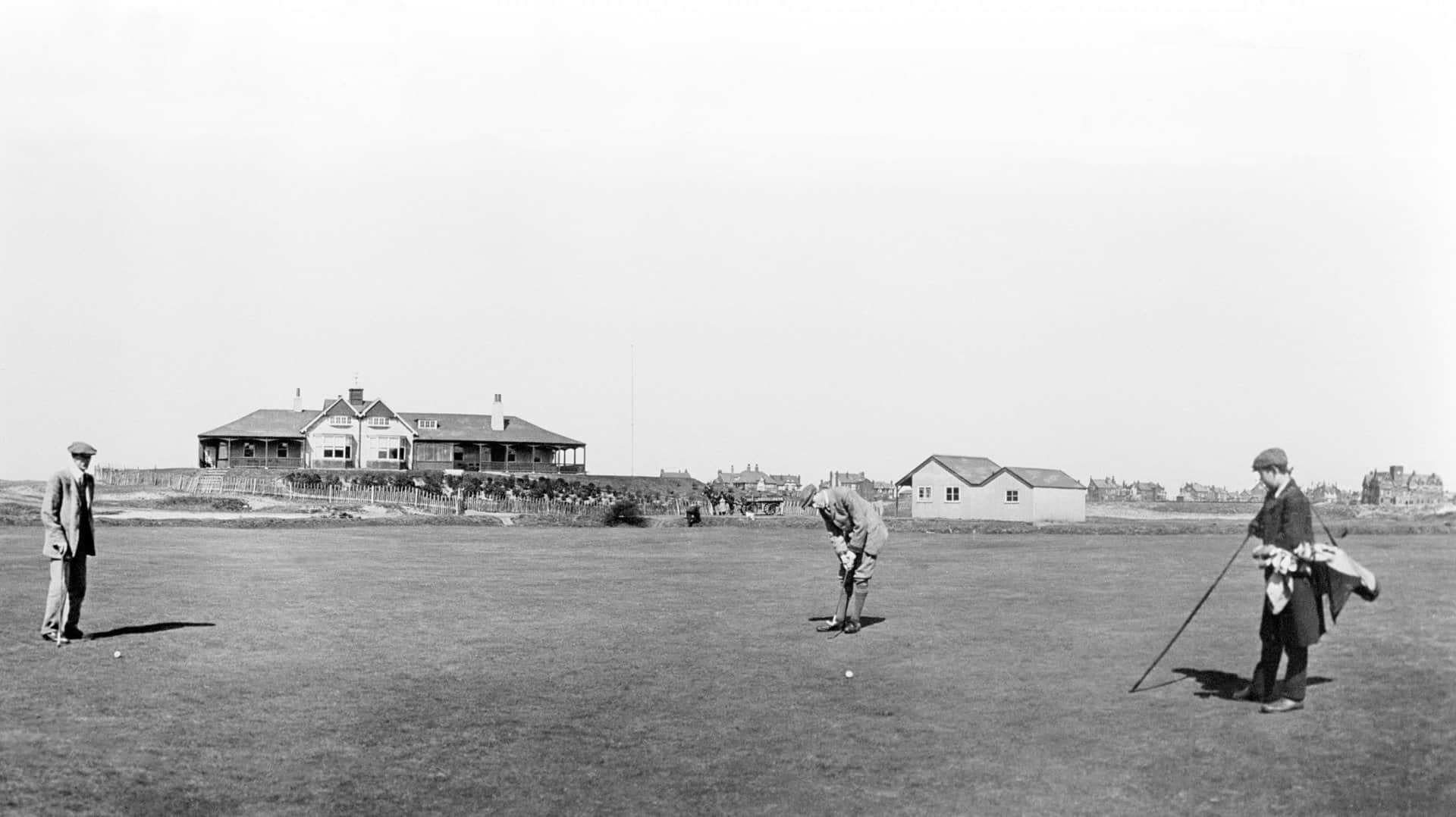 In 1922 the Club sought to buy the course from Weld Blundell, but the asking price of nineteen thousand pounds was considered to be too high. Southport Corporation eventually became the new owners and fears that they would take over the course were thankfully groundless and a seven-year plan was put into operation to prepare the course for Championship standard.

This involved the building of a new Clubhouse (which was opened in the summer of 1935), and also a grand remodelling of the design of the course. The Club employed a company called Hawtree and J H Taylor Ltd, one being a prominent golf course architect and the other a player who had dominated the Open Championship during the 20 years immediately prior to the First World War. Their philosophy was to lay out holes in the valleys between the sand hills rather than over them. This enabled Birkdale to gain the reputation of being one of the fairest of the Championship courses. They designed a course which was tough but fair. It rewarded the straight but punished the wayward shot with its surrounding buckthorn and dwarf willow scrub. The fairways threaded through the valleys and this left the mighty dunes as perfect natural vantage points for spectators.

This legend adorned the wall of the first Clubhouse, and is a fitting reminder to all of the responsibilities incumbent on golfers of every generation,

“As the earth is not meant to be carted away the divots you cut in the course of your play should be neatly replaced by your caddie or you, with their roots to the earth and their blades to the blue”

In the sixties, with the growing popularity of golf as a spectator sport, drastic changes were made after the 1961 Open: updating the Clubhouse and catering for the vast hordes of people who wanted to partake in the atmosphere around the links. These vast legions needed to watch play with comparative ease and comfort without hindering play. The course was extensively updated; Hawtree and Taylor could not have envisaged the rise in popularity of the game.

It had been appreciated for several years that there were underlying problems with the greens and after the Open Championship in 1991 the club took the brave decision to dig up, re-design and relay all 18 greens. The considerable capital investment has ensured that Royal Birkdale remains one of the finest links courses in the world. Worthy of mention is the fact that in the 1998 Golf World “Top Courses in the British Isles” Royal Birkdale was rated number one.

The Clubhouse extended and modernised throughout its life stands like a majestic ship overlooking the 18th green. The view of it from the left of the 18th shows it in its full glory. The views from the bay windows in the main lounge give an impressive view over the course, and on the Sunday afternoon of the Open, it is a very exciting place to be.