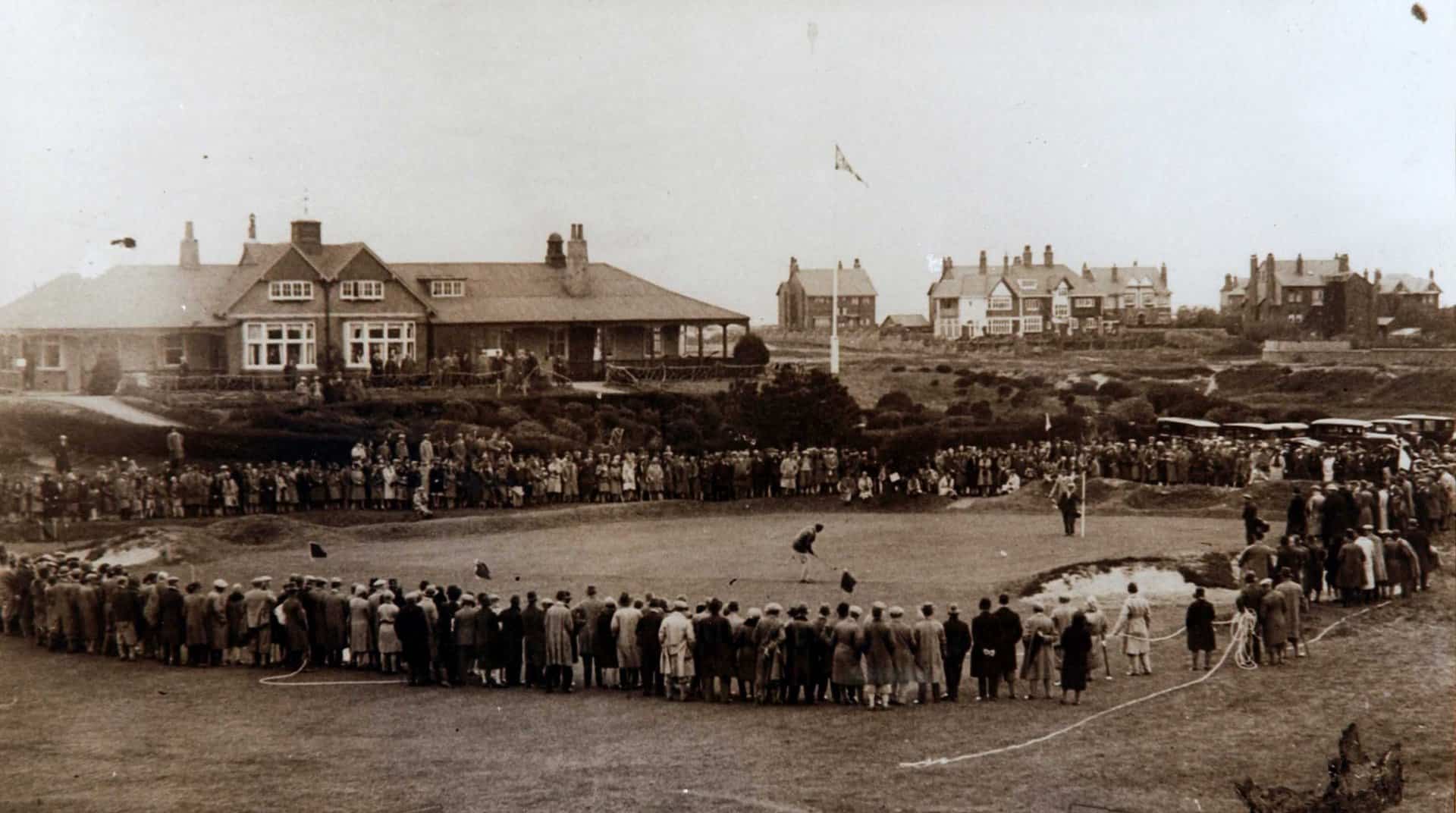 On 30 July 1889, nine gentlemen met at the home of J C Barrett and it was here that they took the unanimous decision to form themselves into a Club, to be called the Birkdale Golf Club. The founding members at the first meeting were M G Crowther, R L Worsley, D Johnson, J Coney, R G Hayward, W M Simpson, B R Simpson and W W P Shatwell. The somewhat daunting task that they set out to achieve was “to make all necessary arrangements and incur all necessary expense as to preparing the course and greens, hiring a professional and providing suitable accommodation for a Clubhouse”

Weld Blundell offered ground in Liverpool Road at the annual rent of five pounds and in return was invited to become the first President of the Club. It was formally agreed that the opening day would be Saturday 5 October. The Treasurer would provide “whiskey and aerated waters” for the opening ceremony and R G Hayward was elected to be the first captain.

On the 23rd December 1889, the members of the Club voted unanimously in favour of allowing ladies to use the links, “on and not exceeding three days each week, but not on a Saturday or Bank Holiday.” The original 9 hole course was on Shaw Hills, behind Bedford Road to the south of East Ward. In 1897 the Club moved to the Birkdale Hills where an 18-hole course was constructed.

The Birkdale Golf Club was an enlightened place. From the earliest days, women have played a prominent part in the history of Birkdale. The first lady members were elected in 1890 and the ladies’ section has remained, ever since, an integral part of the Club. One of the first tournaments held at Birkdale was the 1909 Ladies’ British Open Match-Play Championship, won by Miss Dorothy Iona Campbell.